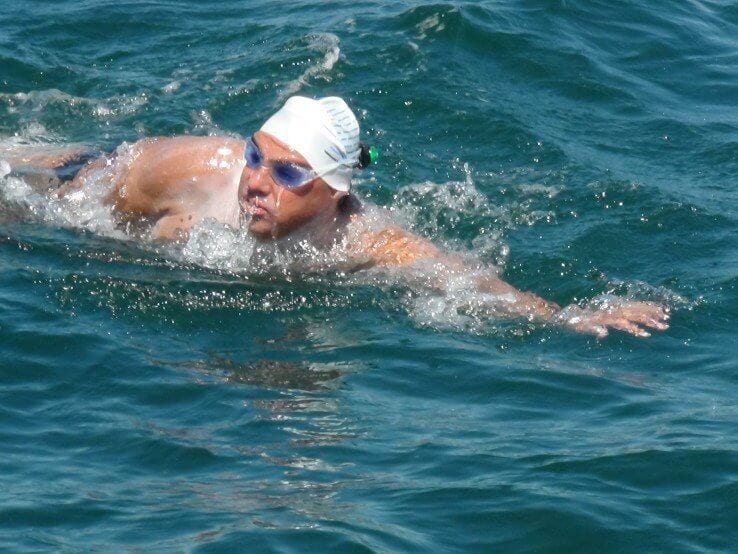 Harry Finger from Brazil a good friend with a great hart and a big smile swam with Israeli open water swimmers, after the swim he told us about his swimming technique, his fears during the long distance workouts and how he succeeded to swim the English channel, WEST swimming technique swimmers asked him some questions and he of course answered in order to help more open water swimmers with their goals.

1.When did you start swimming in open water?

I started swimming competitively at age 37 (1995) due to asthma and bronchitis. I moved in 2000 to Ilhabela (SP Brazil) and lived as an island there was a whole ocean to swim and maybe compete, so in 2000 I started swimming in open waters.

I met some swimmers open waters that had tried to cross and had not succeeded and always read about this crossing, and in 2003 met a Brazilian who had crossed Percival Milani, and became interested in the challenge and started planning for a day can make
I have always been an average swimmer, it was not fast, but still I was interested in trying, since my manager told me that only 10% of those who try to make it to France. I wanted to see how far would achieve, imagine trying to reach at least halfway !!

although my technical Igor de Souza always said that the cold is in our heads, we trained in several places where this water cooler, but at no time got to swim in waters less than 17 degrees.

There are lakes in the highest cities in which we swim and dams and also at sea in the colder months but can never swim in colder waters than 17 degrees
an important strategy that my Souza Igor technician had, was living in England (Dover and Folkstone) 10 days before the week we could be called to the crossing, these 10 days were very important because slowly we were getting used to the cold water. We trained every day in two periods, morning and late afternoon. first day, swim 10 minutes in the morning and another 10 minutes later, and so subsequently until the 10th day when we swim three hours, every day more we swam a little and that at least for me it was important to get used to the water and all the problems that could happen during the crossing

the longest journey he had made was a 24 km I did two years seguindos, once in 2003 and another in 2011 as preparation for the English Channel. Here in Brazil already participated in tests of 10 km and also generally participate in trials 6 km, 5 km 4km. 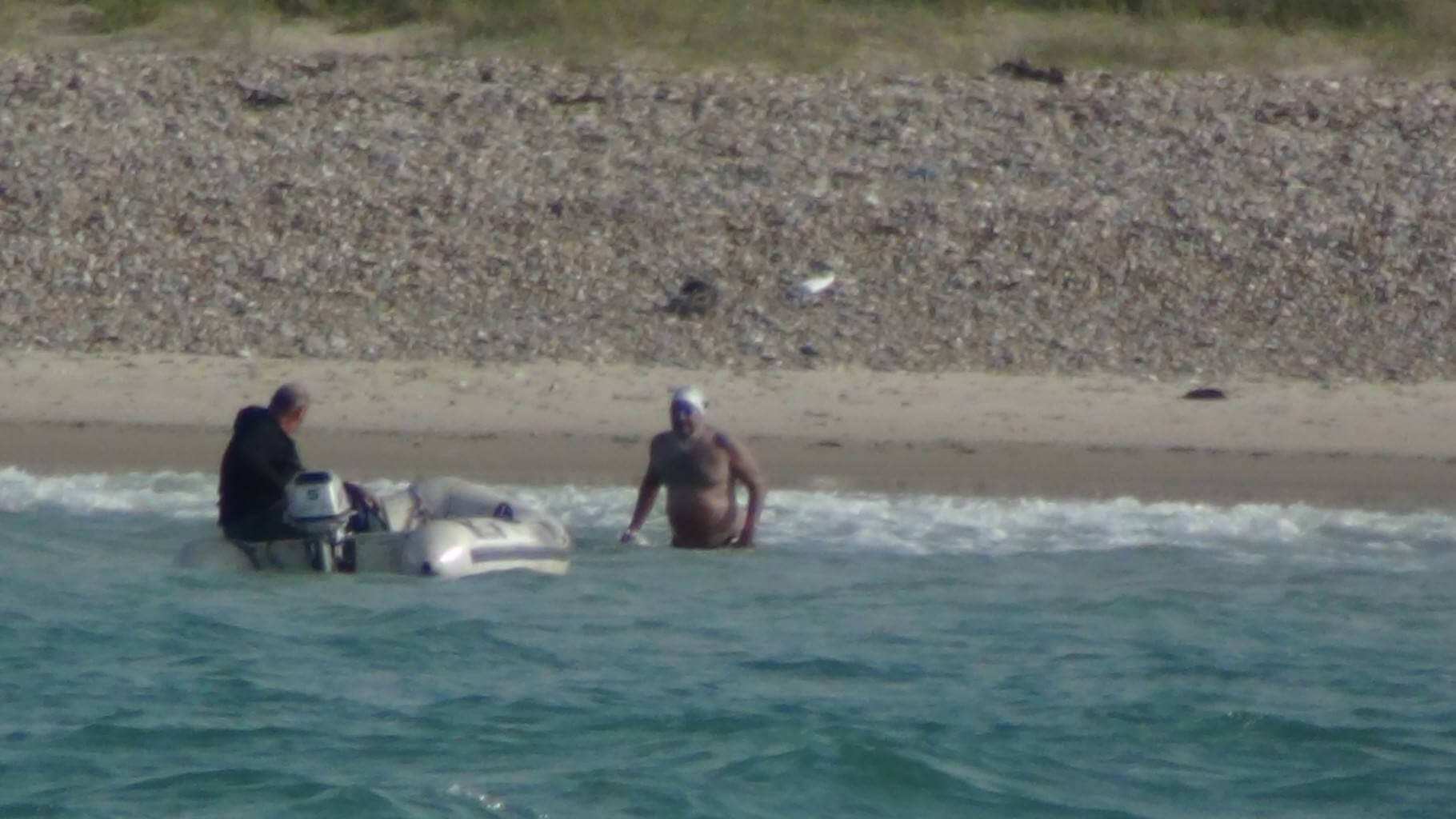 While preparing the English Channel, swam a week or so, 20km in the first four months, after the 5th month of preparation went up a little and went to 30 km a week, and after eight months swam 48 km a week, the 5 months or 13 months, did what he calls “death week” (did this for 3 weeks) and this week the death swam week 60 to 80 km, 3 practice shifts (morning afternoon and evening) each. 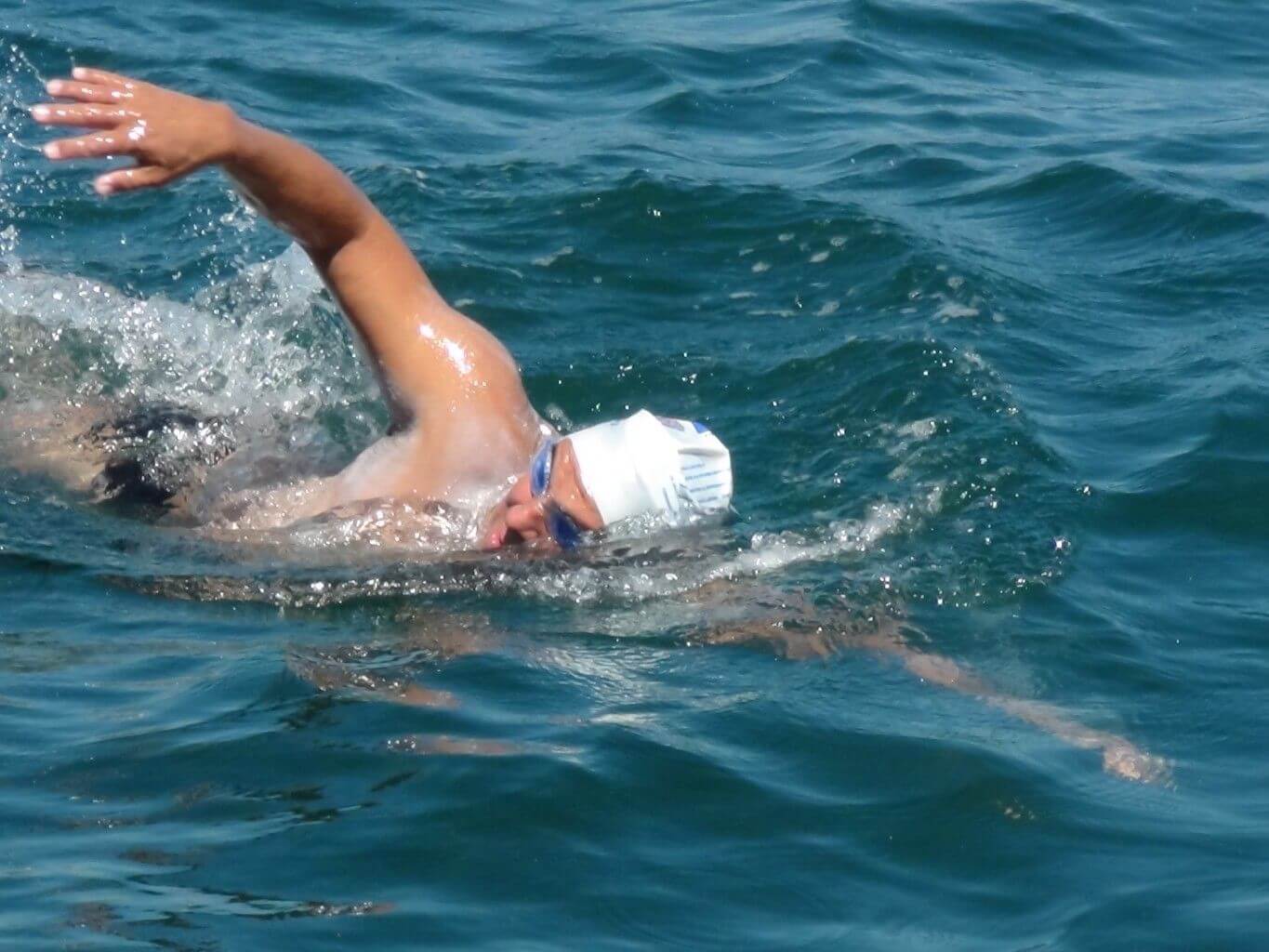 In crossing undoubtedly it was cold and pains I’ve always had in the joints. In 2012 the winter in Europe was very hard, as my journey was in June, started the crossing with 13.5 degrees and finished in France with 14.5.
in practice I believe they were the week’s death that much amount we swam in the week, swimming the night for me was too hard to get used to.

I think my biggest fear was not to end or having a cramp in training had never happened but fear appears. I made a mistake at the time that was only overcome during my journey, which was a lot of people comment on what he would do, Many friends knew they would try to do, but worse than that was that in my town everyone knew, was a lot of propaganda, disclosed sponsors I put pictures on my car, and it actually created a strain on me that should not have happened, because I think when we left for a challenge so it is our ourselves, and not all or community, this is a mistake committed and wanted to leave it to those who one day want to leave for a challenge as well, as this is our for ourselves
throughout my preparation did therapy, some yoga and followed a book I read and for me it was worth it, is called “The Tao in sport” is about Taoism, which comes from Japanese culture and teaches us to lose some fears  exist within us.
My manager always talked and really is true, this type of crossing is 60% heads and 40% body.

My advice? tips, I think the main thing is to be directed to the crossing, because during training may not have other types of interference, the intensity is too large not only physical to mental. Talk to family, let everyone know how will this preparation because this preparation is very time consuming and certainly you will not have to meet a normal schedule with family, dinners, parties, at least that’s what happened with me.
Another important  swimming tip or swimming technique tip is to learn to breathe on both sides, right and left, because you never know from where they saw the waves.
Therapy, care of the head as well.

I began to prepare for my next goal is to go down the Hudson River in the US. (incluisive talked in May with swimmers in Israel from his team to perhaps do so one time).
is called
8 Bridges | Hudson River Swim
7 days | 7 stages | 120 miles
7 days swimming a bridge to other (city to another city) to arrive in NY
Each day is nothing between 25 and 30 km (that with the current, as if nothing with the current for, should be about 12 km)
I hope maybe able to have Israel swimmers swimming with me, and in my next visit to Israel if you want I can give a short talk and show pictures of this my crossing that actually age 55 was perhaps my main project with a beginning, middle and a great end !!