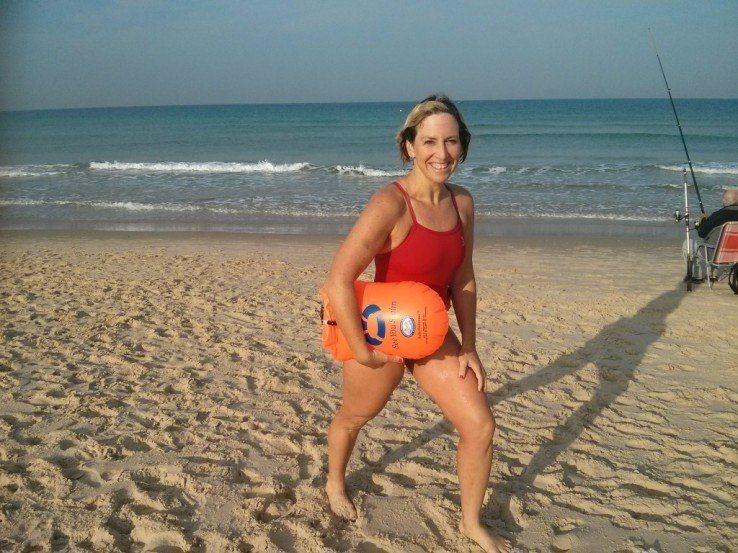 42.195
Does this number look familiar? Yup, it is the marathon distance. But I won’t be running it, I will be swimming it.
Do you ask yourself how this project came together?
The answer is complex. I’ll be turning 40 this year. Oh yeah, here is coming middle life crises. But that is not the only thing which I can see coming.
My first thought was swimming 40 or 41km in the Mediterranean Sea, with swimmer friends from different swim clubs accompanying me along the way. It was a blast celebrating my birthday at a place I love so much, with those great people I appreciate greatly.
I have never heard of anyone who swam open water for such a distance with no break.
Then I met a talented swimmer named Roman Titshnaider. He told me about his plan to swim ‘open water marathon’ which never happened because of a shoulder injury. He told me, if you are going for a 40 kilometer swim, why not make it fancy by going 42.195 and naming it a marathon? Brilliant ideas have always been simple ones. Why not I said.
I must point out that I have encountered few situations before my 40th birthday which made my next target establishment very clear.
The first one was swimming 25 kilometers with my good friend Tamar Kooperman. Tamar traveled to Spain, where she planned on swimming a 25 kilometers relay, as part of a team. The swim got 1 day postponed, which overlapped with Tamar’s flight. So she ended up swimming the race on her own in the Mediterranean Sea instead of Spain, with taking food breaks on the shore and getting right back in the water. The escort teams switched every fixed period of time. I escorted her during her last 10.5 kilometers witnessed the tears of joy at the end. I barely knew her back then.
The second event was a 24/7 race, which was put together by masters swimmers: Uzi Tshuva, Ami Ginzburg, Shlomo Amitay, Eran Hayut, Hanan Ulner, Dani Zilbershtein and Tamar Kooperman. I joined at the last 12 kilometers. The ocean was perfect, just like the atmosphere.
The third event was watching Elad Binjamin ultra triathlon training. His never ending mental and physical strength, as well as his crazy drive towards the goal were inspirational.
The fourth event was Cyprus-Israel, which was put together by Udi Erell, Doron Oded, Rahav Amosi, Ben Enosh and Ori Sela.
This year I had the great honor to join their workouts. I was the stand by swimmer. It is beyond amazing how “simple” people set themselves great goals: keeping the Mediterranean ocean clean and breaking a Guinness world record on the way. Team work helps you getting to your goal.
Those “simple” and wonderful people are so inspirational.
There is a great variety of people, just like me, who set themselves goals, and went after them to make them come true.
When the swimmers finished the Cyprus- Israel race someone said- “dreams needs to be fulfilled”.
Since I have already crossed 21 kilometers of the kineret twice (not at the same time), I’m moving on to my next goal: 42.195.
Stay tuned for my next post- the journey continues.